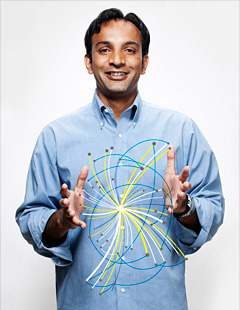 In November 2016, Secretary of Defense Ash Carter awarded DJ with the Department of Defense Medal for Distinguished Public Service, the highest honor the department bestows on a civilian, for his work on applying big data to national security.

As his two years in The White House drew to a close, DJ reflected on his time as the US government’s first-ever Chief Data Scientist in a recent appearance on Science Friday.

In a recent appearance on Recode, DJ urged fellow technologists to take ‘a tour of duty’ in government and apply their talents to pressing social challenges.

DJ Patil is arguably the most impactful data scientist in the world. After leading data teams at eBay, LinkedIn, Skype, and PayPal, he was named the first-ever U.S. Deputy Chief Technology Officer and the Chief Data Scientist by President Obama.

During his time in The White House, he was a leader in applying modern data science to improve the effectiveness of the federal government, the largest organization in the world. He created 40 Chief Data Officer positions and embedded the idea of data-driven decision-making across a range of agencies. He also spearheaded a number of new initiatives, including the Precision Medicine Initiative to study genetic information, the Cancer Moonshot to accelerate cancer research, and the Police Data Initiative to use big data to improve policing. In November 2016, he was awarded the Department of Defense Medal for Distinguished Public Service, the highest honor the department bestows on a civilian.

Dr. Patil’s career as a data scientist — a term he helped coin — began at the University of Maryland, where, as a doctoral student, he would sneak into the math computer labs late at night and download open datasets on weather. His findings enabled major improvements in numerical weather forecasting, including techniques that are still widely used today.

Celebrated as one of Forbes’ top seven data scientists and one of CNN’s top 36 most powerful tech disruptors, Dr. Patil is the author of three books and several influential articles. He has been called “a pioneer in the field of data science” and has been featured on the cover of Fast Company. He is lauded as an engaging and thought-provoking speaker who entertains audiences with his quick wit and wealth of industry experience.

This talk draws on his lessons learned from building products in Academia, government, and industry.  Its key lessons focus on how to be more agile in approaching and solving problems.

Learn about the art of turning data into products.

How to go from being a near high school dropout to a proclaimed Data Guru: a new way of approaching life and work. 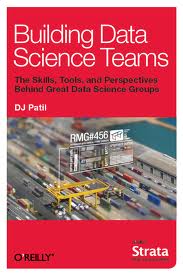 DJ explains his job at the White House

a talk with the double pendulum: