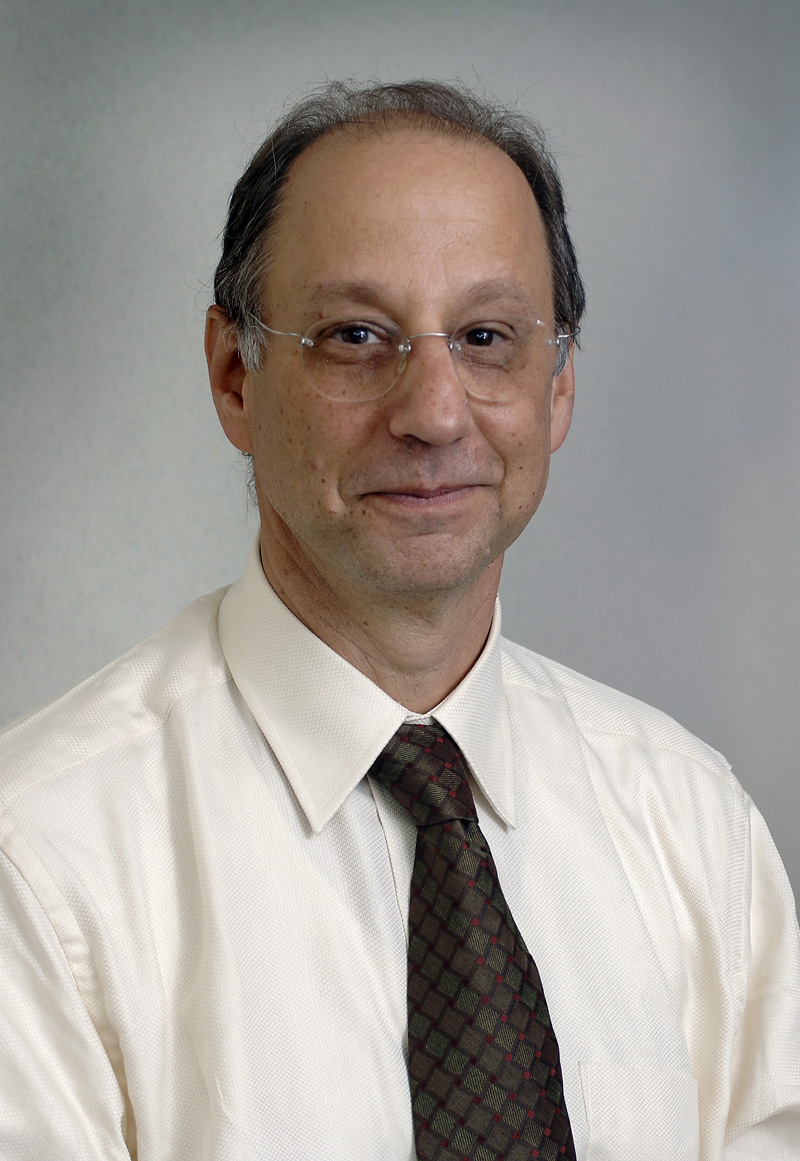 
Watch David’s presentation at The Next Web

Join his conversation at his blog:
http://www.hyperorg.com/blogger

David’s latest book, Too Big to Know: Rethinking Knowledge Now That the Facts Aren’t the Facts, Experts Are Everywhere, and the Smartest Person in the Room Is the Room (2012) claimed the International Book of the Year award and the World Technology Award  in association with TIME, Fortune, CNN, Science/AAAS, and Technology Review.

David discusses the “The Internet That Was (and Still Could be)” in his 2015 article for The Atlantic.

“His articulate passion, intelligence and wit riveted an SRO crowd of 1300 people.”

“Really enjoyed the webinar with HBR this morning – you did a terrific job!  We definitely did the right thing in requesting you for our sponsored webinar”.

“Good presenter and very timely information. This one session was worth the trip”!

David Weinberger is a fellow at Harvard University’s Berkman Center, a former philosophy professor, an NPR commentator, a technology columnist, a weblogging pioneer, and a dot-com entrepreneur. He is the author of many books, including the national bestseller The Cluetrain Manifesto (1999), which prophesized the transformational qualities of the Internet. His latest book, Too Big to Know: Rethinking Knowledge Now That the Facts Aren’t the Facts, Experts Are Everywhere, and the Smartest People in the Room Is the Room (2012), gets to the heart of what we need to know, and too often don’t, about how the digital world’s flood of information is transforming business and society.

Called a “marketing guru” by the Wall Street Journal, David is a frequent commentator on National Public Radio’s “All Things Considered” and has written for The New York Times, Harvard Business Review, The Boston Globe, The Guardian, and Wired.

He has previously held senior management positions in strategic marketing at Open Text (the engine behind Yahoo!), which he helped to take public in 1996, and Interleaf, the industry’s first document management and electronic document publishing system. A dynamic and witty speaker who formerly served as a gag writer for Woody Allen’s comic strip, he has received widespread acclaim for captivating presentations to such companies as IBM, Yahoo, Microsoft, Google and Disney.

David holds a Bachelor’s degree from Bucknell University and Ph.D. in philosophy from the University of Toronto.

How organizations can be smart now that there’s too much to know.

The world has always been bigger than our skulls. But with the rise of the Internet, we at last have a medium capable of embracing this over-large world. To do so, we are adopting new fundamental strategies regarding knowing, transforming the role and importance of experts, how we make decisions, and how we lead.

We’ve long assumed that the owners of the information get to organize it. But in a digital world, if you don’t let users organize it their way, they’ll look elsewhere. The good news is that bottom-up organization, if done right, discovers hidden value in what your company offers. It just requires screwing your head on differently…

The power of disagreement

Stay on the Internet long enough and you will learn one clear lesson: We will never ever agree about anything. But that disagreement is the power of the Internet…both the Internet itself and the local webs that hold your organization together. But for disagreement to move us forward, it has to be of the right sort  – and among the right people.

Online markets are weirder than you think

The Cluetrain Manifesto was right when it said “Markets are conversations.” But that doesn’t mean that the right way to market in the weird online world is by engaging in conversations. Understanding online markets requires undoing about a century’s worth of basic assumptions about marketing.

Too Big to Know: Rethinking Knowledge Now That the Facts Aren’t the Facts, Experts Are Everywhere, and the Smartest Person in the Room Is the Room

Everything Is Miscellaneous: The Power of the New Digital Disorder 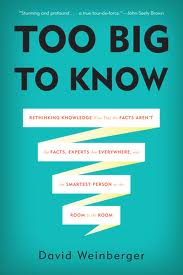 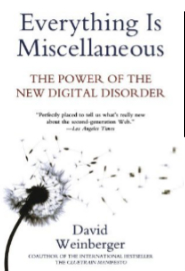 Small Pieces Loosely Joined: A Unified Theory Of The Web 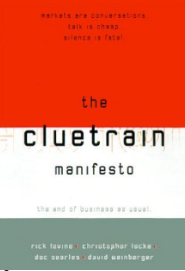 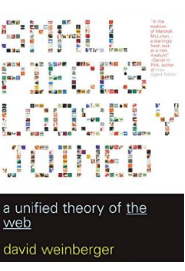 Take a look at numerous videos of David speaking at: